On behalf of the residents of the Highland Park, South Delridge and Riverview neighborhoods, HPAC is requesting a timely, comprehensive and detailed traffic mitigation and enhanced transit plan with a commitment to react to real-time problems for the neighborhoods of Highland Park, Riverview and South Delridge swiftly throughout the duration of the West Seattle Bridge closure. We have outlined several areas that need to be addressed before May 31, 2020, when traffic will increase as the stay at home order begins to lift.

As you know, this area is in the direct path of two of the alternate routes to the First Avenue South bridge, via SW Holden/Highland Park Way on the north, and Roxbury/Cloverdale on the south. These three neighborhoods are mainly residential and have had limited street infrastructure improvements over the last 25 years or more. The impact of additional vehicle traffic is already being felt, particularly on streets that were not designed to handle 20,000 vehicles a day, let alone up to 100,000 vehicles.

We are aware that the damage recently found on the West Seattle Bridge causing its subsequent closure has led to numerous impacts echoing across the peninsula, but we are now in week 7 of the closure and very few of the public concerns that have been raised have been adequately addressed. From all public accounts, the City of Seattle is supposed to have a plan in place if/when an earthquake happens. Were there no plans made if bridges and other infrastructure fail, including the West Seattle Bridge? Why are none of these plans, if they exist, being put into place?

The response from SDOT has been underwhelming to say the least, particularly having to wait TWO YEARS before the West Seattle Bridge is to be repaired or replaced. This is untenable and unacceptable for the residents of West Seattle.

We raised many suggestions and concerns to SDOT at HPAC’s April 22nd meeting, a meeting which we had to repeatedly request for them to attend. We would like to see proactive and ongoing engagement from SDOT with our neighborhoods throughout this situation.

Overall, we want to know how will SDOT “tweak” the traffic flow to allow the 100,000 vehicles to flow on/ off the peninsula? Having tens of thousands of vehicles snake through our neighborhoods on roads that are not built for that traffic flow requires out-of-the box thinking from SDOT and a mutual commitment between the City of Seattle and the public who live, work, and will eventually be going back to school, in the area.

Issues and areas that need to be addressed before the stay at home order is lifted:

1. At the intersection of Highland Park Way SW and SW Holden St:

4. Turning onto SW Holden St from streets both east and west of Delridge Way is extremely difficult with increased traffic.

6. Pedestrian path on the east side of Highland Park Way after the SW Holden intersection:

9. We want to clearly understand the traffic patterns throughout the peninsula. SDoT has never taken into consideration the east-west traffic flow throughout West Seattle. We want to know what routes people are taking and which streets are becoming major arterials. Monitoring should be placed at the following intersections:

10. For the City of Seattle to increase Metro bus service for access for east and west transit on the peninsula itself i.e. access to California St./ Junction areas only offer the 128, which is hard for the rest of the peninsula to get to without using their cars.

11. A commitment from the City to repair the streets that were damaged during the bridge closure.

13. We want an immediate bridge replacement plan without a $33 million expenditure for the current bridge or a two-year evaluation period. SDOT’s current plan will put an undue burden on the daily lives of our West Seattle residents.

Please learn from the I35 bridge failure and replacement in Minneapolis and the rapid rebuild of the Genoa, Italy bridge. No one waited for two years before making a decision on viability – just replace this bridge.

Lastly, but most immediate: Reverse the closing SW Trenton St from 17th Ave SW to 10th Ave SW as part of the ‘Stay Healthy Streets’ initiative.

The residents of Highland Park, Riverview and South Delridge look forward to receiving acknowledgement about our concerns, an immediate action plan, and plan for how the City and SDOT will engage with our neighborhoods on immediate and long range solutions. We look forward to your response. Our next meeting will be May 27, 2020 via zoom and would appreciate an update on the progress of these requests.

Here is the link to view last night’s HPAC meeting with SDOT. We missed the first few minutes of the presentation in the recording. Much of the Q&A was focused on the concerns about the impact of the detour through South Delridge, Riverview, and Highland Park. We are also expecting to receive response from questions submitted prior to the meeting in the near future.

HPAC meetings for the next few months will be virtual only – in order to comply with the #StayHomeStayHealthy order in place in King County. When available, meetings will be recorded and uploaded to the our website: https://www.hpacws.org

HPAC Virtual meetings are limited to 100 participants (this is due to cost of the software and what HPAC has the budget for) and are intended for residents of Highland Park, South Delridge, and Riverview, if you are not a resident of one of these neighborhoods, we ask you kindly to step back from attending this one.

Councilmember Herbold is also organizing an “electronic town hall” for 5-6:30 pm this Wednesday as well with SDOT that will be open to all.

April Agenda:
7:00: Welcome and overview of attending a virtual meeting

A representative from SDOT will attend to answer questions about the West Seattle High-Rise Bridge closure and how it impacts our neighborhood, as well as provide an update on the intersection at Highland Park Way SW and SW Holden Street.

As soon as HPAC leadership learned that the West Seattle Bridge would be closing, we reached out to our contacts at SDOT, Jim Curtain, James Le, and Adonis Ducksworth as well as Councilmember Lisa Herbold requesting traffic mitigation for our area, specifically temporary traffic lights.

We asked how SDOT was going to shore up safety for HIghland Park Way / SW Holden and 16th SW and SW Holden with the anticipated shift in traffic – even if it is lighter during the stay at home order, we anticipated it will still mean an increase. We requested a temporary traffic signal and a plan to increase pedestrian and bike safety in the area.

Please practice social distancing and repress the urge to cut through any of the streets off SW Holden.

Once the West Seattle Bridge was closed, traffic did increase so did the cars cutting through 13th Ave SW, 12th Ave SW, 11th Ave SW, SW Portland St. and SW Kenyon St. HPAC has put out the call for drivers not use the Highland Park and Riverview neighborhoods as cut throughs to avoid waiting to turn left on Highland Park Way.

With the West Seattle Bridge is closed, this leaves just 2 ways off the peninsular to Seattle, one being the 1st Ave bridge via Highland Park Way. If this was normal traffic time you would be backed up on SW Holden St from at least 16th SW, but maybe not right now. Whatever the case, do not cut through Highland Park side streets, it is not any faster then waiting to make the left. You are more likely to get T-boned on the side streets, more likely to hit a pedestrian, more likely to hit a parked car… all things those are awful and expensive in so many ways. Now, with the traffic light, you will encounter that from all directions.

Additionally, with folks heeding the stay at home order we have an increase in individuals and families taking neighborhood walks, biking and dog walking on the side streets. It is even more important to stop at four way intersections, even if there is not a stop sign.

As noted back in November 2019, Seattle City Council adopted the budget with the Highland Park intersections improvements project. The budget schedule includes $900,000 for 2020, $1.5 million for 2021 and $1.5 million for 2022. It was SDOT’s intention to hold an open house for the community to review proposed designs and give feedback. HPAC has an ask out to SDOT about other ways to gather this feedback and keep the project on track. We are tentatively still keeping our schedule April meeting on the calendar, although it may be held virtually.

Taking a Walk? It’s a great time (and great exercise) to pick up trash.

Unfortunately, HPAC’s March meeting, which was to be an open house with SDOT on the proposed solutions for the Highland Park Way and SW Holden Intersection, is canceled.

As with most public events and meetings, HPAC is following the guidance of Public Health, City and State officials, which is postpone, reschedule or cancel.

There may be a possibility for an online only forum and/or presentation in March, but we are still waiting to hear back from SDOT. If this is an option, we will send out the information, but for now, it is tentatively reschedule for our April 22nd meeting.

Information on the newest guidance regarding public event and gatherings as follows:
Large events and gatherings
Under the Health Officer’s order in King County: 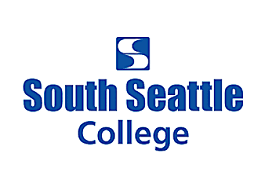 April 22nd Meeting with South Seattle College- Ty Swenson, Director of Communications and Marketing
7:30 – Discussion: Your Voice Your Choice
What should we apply for?
Community members brainstorm and submit potential project ideas to be funded throughout the city. Project ideas will be collected February 18 – March 18, 2020. (learn more)

Your Voice, Your Choice: Parks & Streets is a participatory budgeting initiative in which Seattle residents democratically decide how to spend a portion of the City’s budget on small-scale park and street improvements. A total of $2 million has been allocated in the 2020 budget and residents can participate in the district where they live, work, go to school, receive services, or volunteer.
8:00p – close

New Logo – Vote on your choice!

Our graphic designer extraordinaire, Dina of DIGITAL GENIE has been hard at work and the executive committee has it down to 3 designs. Please vote online here for your favorite or in person at our January 2020 meeting.

Please take a moment to thank all 2019 Council members for their support of this project. You can email the full city council at council@seattle.gov

New Logo – Vote on your choice!

Our graphic designer extraordinaire, Dina of DIGITAL GENIE has been hard at work and the executive committee has it down to 3 designs. Please vote online here for your favorite or in person at our January 2020 meeting.

HPAC’s next meeting is at 7pm on Weds. January 22, 2020 at Highland Park Improvement Club

EXECUTIVE COMMITTEE: Elections will be during the annual meeting on February 26, 2020 – Candidates will provide a candidate statement via online, email, or in-person – see submission information below. All Executive Committee positions are open for nominations. See our by-laws for more information.

If you missed last month’s meeting with SDOT’s presentation about the Highland Park Area Safety Project – you can view the presentation here.

View this document on Scribd

Follow Up on Westcrest Closure and temporary off-leash area

As promised, here are a few pieces of follow-up information for you and the community. Please pass this information on to those who would be interested.

Next Meeting is at 7pm on Weds. January 22, 2020 at Highland Park Improvement Club